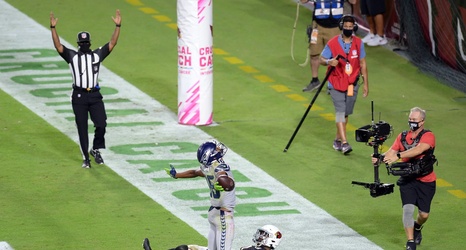 One of the NFL’s best rivalries will be renewed on Sunday, as the 49ers head up to Seattle to take on the Seahawks. At 4-3, San Francisco has done an admirable job of maneuvering a long list of injuries, with Kyle Shanahan only furthering the notion he is one of the truly great head coaches in the league.

That being said, it’s Seahawks-49ers—it’s going to get weird.

What the 49ers do well