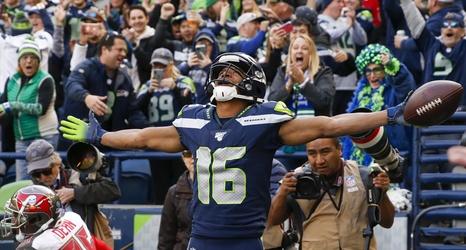 This year’s NFL Draft has 3 receivers (and a tight end) who are exponentially better than every other wideout in the draft. There are a few other receivers who could also be 1st round picks and the class overall is pretty deep at the position.

DK Metcalf and Tyler Lockett are like the receivers at the top of the draft board - there is a clear separation between them and every other receiver on Seattle’s roster.

The issue that Seattle currently has with their wide receiver group is that unlike this year’s draft, the separation between the top guys (DK + Lockett) and the next guy on the list isn’t a few picks or even a couple of rounds.