Russell Wilson, Seahawks passing offense is at their worst when David Moore is targeted 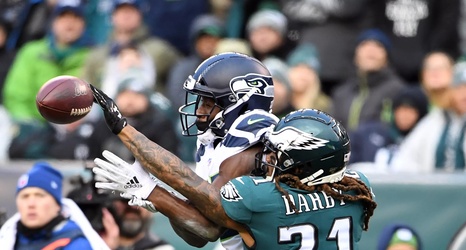 Last year, David Moore was a feel-good story. Brandon Marshall was indisputably washed up and the Seattle Seahawks knew it was time to reduce his snaps and eventually part ways. The seventh-round draft pick from East Central University took his spot, scored four touchdowns over a three-game span, and he looked like a legitimate WR3 option for Russell Wilson. Later in the year, he arguably saved Seattle’s playoff lives.

- Great placement by Russell Wilson on this fade route up the sideline.
- Good strength by Moore to keep the DB off of him
- Good concentration to bring it in.