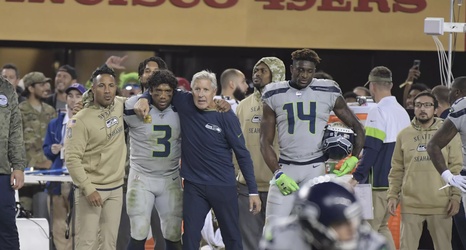 “I don’t want to be at the mercy of my emotions. I want to use them, to enjoy them, and to dominate them.”u2015 Oscar Wilde, The Picture of Dorian Gray

When Russell Wilson came into the NFL as a 5’10 third round pick in 2012, I initially wrote articles on why it would be a little absurd to expect him to become a regular starter, at least as a rookie. Not that he couldn’t become one — because I try hard to not write about the future in absolutes — but only that I wouldn’t expect him to based on decades of evidence against quarterbacks at 6’ or under.