Report: Seahawks remain interested in Antonio Brown with his suspension nearly over 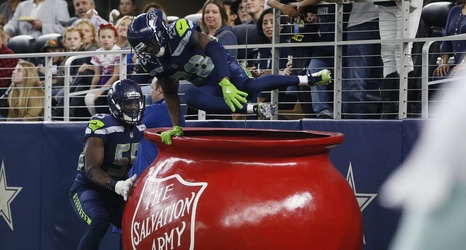 In between non-updates in the never-ending Jadeveon Clowney saga this summer was reported interest between the Seahawks and troubled wide receiver Antonio Brown. Talk of a connection between Seattle and Brown came from a number of reporters, and was furthered by Russell Wilson—who worked out with Brown during the offseason.

An eight game suspension Brown received, as well as the Seahawks’ re-signing Josh Gordon, appeared to put an end to any potential match between the player and team. However, with Brown’s suspension nearing an end, there is still potential interest.