Report: Germain Ifedi agrees to terms with the Bears 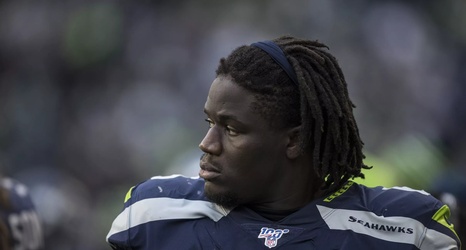 The Seattle Seahawks have a lot of decisions to make in free agency, and one of the most polarizing figures among fans has been Germain Ifedi. His inconsistent performance on the field, along with penalty prone nature, has made him a focal point for criticism and debate. The skyrocketing cost of offensive linemen across the NFL has not done anything to quiet the debate, and many fans have longed for the day when they could say Ifedi was no longer on the Hawks roster.

News of his future has finally arrived.

After a long wait, which saw the majority of the tackle market signed, Ifedi has agreed to terms on a one-year deal with the Chicago Bears, per NFL Network’s Ian Rapoport.