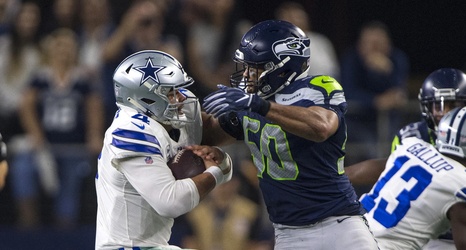 A key competitor has dropped out of the sweepstakes for 31 year-old linebacker K.J. Wright.

According to Cowboys insider Mike Fisher, the Dallas Cowboys have told K.J. Wright’s agent that they are not interested in the services of the ten-year NFL veteran at this time. In the past, Wright had told CowboysSI.com that “it’s one of the teams [he fits] in with,” given the presence of former Seahawks defensive coordinator Dan Quinn on Dallas’ coaching staff.

Wright has spent all nine seasons of his career in Seattle after the Seahawks drafted him in the fourth round of the 2011 NFL Draft.