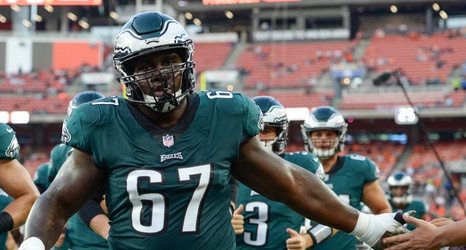 Chance Warmack may eventually end up in Seattle, after all. Per Jeremy Fowler of ESPN:

OG and former top-10 pick Chance Warmack is visiting the #Seahawks, per sources -- the same team that released him Feb. 8 after he voluntarily opted out of 2020. But the team is keeping the door open with a physical and potential re-signing for the 29-year-old.

The former 10th overall pick out of Alabama in 2013, Chance Warmack is familiar to Seahawks fans after signing with the team last offseason before electing to opt out due to the pandemic.