Projected Starting Lineup for Your 2017 Seahawks 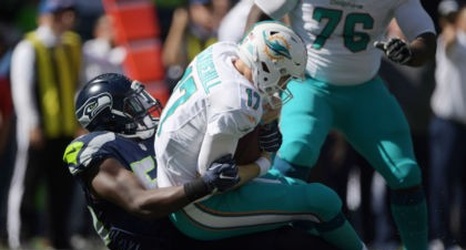 The Seattle Seahawks’s offensive line is singularly difficult to predict. The entire Seahawks lineup is mostly impossible. Today, 12s, I attempt to overcome that impossibility while making a fool of myself. Here is what I think Seattle’s starting lineup will look like game one versus the Green Bay Packers.

I am going to assume that 65 percent of the time the opposing to team could be passing or threatening to pass. I could do this projection as down one and first snap of the season. This would be silly. Seattle will not use as its base defense a run defense formation.