Pete Carroll says changes are coming to the Seahawks defense, but what does that mean? 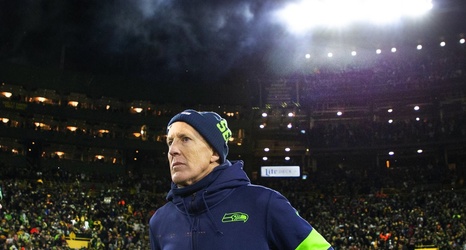 RENTON — In a year Seattle’s defense was as penetrable as any since coach Pete Carroll’s first year in 2010, the Seahawks could at least depend on one thing — creating turnovers.

A plus-12 turnover margin was as big a reason for the team’s 11-5 regular season as anything aside from quarterback Russell Wilson’s consistent magnificence.

But when it mattered most, even that betrayed them as the Seahawks did not create a turnover in the final four games, including Sunday’s 28-23 divisional playoff loss to Green Bay that ended their season. The loss, in which one turnover might have turned the tide Seattle’s way, was the first time Seattle has ever gone four straight games without creating a turnover.