On Football: The not good, very bad and incredibly ugly 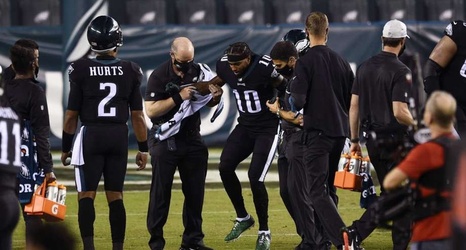 It's very easy to ridicule the teams in the NFC East. And yes, we will be doing so.

Still, the grit and determination displayed by Philadelphia — maybe we should call the team the Half-Eagles considering all of their injuries — had to be uplifting in a division where it will take some heavy lifting to get to .500 this season.

Doug Pederson's roster has been torn asunder by injuries at virtually every position. The offensive line most of the time has only one true starter, and thankfully for Philly that is star center Jason Kelce. The receiving corps is led by a former college quarterback and a guy who has been cut four times by three teams; veteran DeSean Jackson returned in the 22-21 victory over the Giants on Thursday night, performed well and, naturally, was injured late in the game.