NFL Mock Draft 1.0: Where the Seahawks go with their first selection 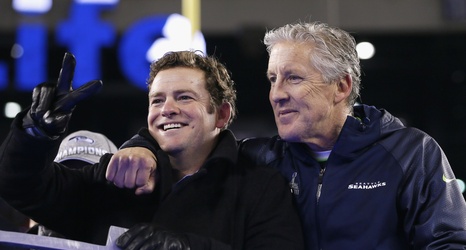 As we enter the final quarter of the NFL regular season, the Seattle Seahawks are in a great position for the postseason with Russell Wilson having another great season. But the grind to find future for Seattle football never stops.

While it is easy to get caught up in the 2019 season, Seahawks fans should never overlook the NFL Draft. The draft is by far the easiest and cheapest way to build a dynasty, extend windows, and gain valuable assets without forking over tremendous guaranteed deals.

But it is also important to remember that the Seahawks are not participating in the draft alone and the decisions the other 31 franchises make will impact what GM John Schneider and his staff can do in April.