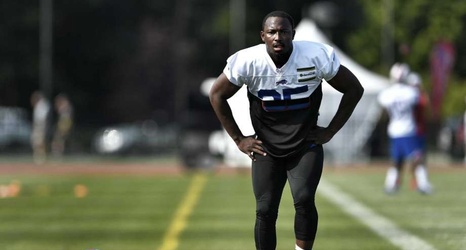 The cruelest day of the NFL's long calendar arrived Saturday with teams setting their 53-player rosters.

Among the more prominent dismissals were Bills veteran running back LeSean McCoy, backup QBs Brian Hoyer in New England and Kevin Hogan in Denver and receivers Laquon Treadwell of Minnesota and Demaryius Thomas of New England.

"It's always a hard day because ... you ruin a lot of dreams," Broncos general manager John Elway said. "It's the hard part of the business."

The cuts capped an interminable preseason that featured fewer stars than ever on the field with QBs Aaron Rodgers, Philip Rivers, Jared Goff and Carson Wentz taking not a single snap and other established stars preparing for the season through joint practices more so than in exhibition games.