Marshawn Lynch's benevolent side left him beloved by Seahawks 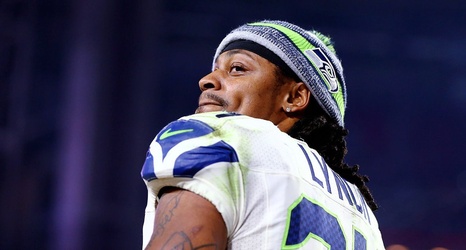 RENTON, Wash. -- When Doug Baldwin describes Marshawn Lynch as the type of teammate who would give you the shirt off his back, he doesn't just mean it figuratively.

He has a story to prove it.

One day early in Baldwin's career, while he was still playing on the minimum-salary rookie contract he'd signed as an undrafted free agent, he noticed Lynch strolling through the Seattle Seahawks' locker room with a slick-looking backpack. He told Lynch he liked it and asked where he could get one himself.

To Baldwin's surprise, Lynch took the backpack off, dumped out its contents and said, "Here, you can have it.