Marshawn Lynch to be featured on Monday Night Football’s ManningCast 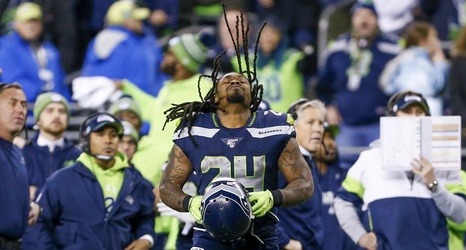 The Manning brothers’ hit ESPN2 Monday Night Football live broadcast will be welcoming a familiar face on Monday night, as the Seattle Seahawks take on the New Orleans Saints.

Marshawn Lynch, who famously eviscerated the Saints defense on his BeastQuake run in the Wild Card Playoffs after the 2011 season, will be the first of four guests on Eli and Peyton’s show tonight. He will be followed by two other quarterbacks in Drew Brees and Tom Brady, as well as another Seattle sports legend in Seattle Storm guard Sue Bird.

I, for one, was planning on turning in to the ManningCast over the perpetually awfully-produced ESPN main broadcast before hearing of Lynch’s appearance on the show, but the news makes their show that much more appealing.