L.J. Collier’s best(?) and briefest start as a pro 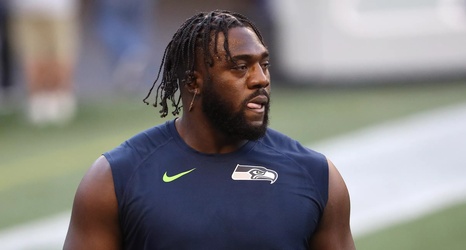 Russell Wilson’s success is empowering because it is real success, not something granted or concocted, not a publicity stunt, but a model for future performance. It does not exploit him for deflected glory while Wilson makes as an ass of himself. Wilson played against the best, the best tried to use every perceived disadvantage Wilson has against him, and he excelled anyway. Wilson’s career is a microcosm of why I watch sports.

Thus it was with a modicum of satisfaction that I learned that L.J. Collier lost significant snaps to Rasheem Green against Arizona. Playing Collier might deflect some glory onto Pete Carroll and John Schneider.