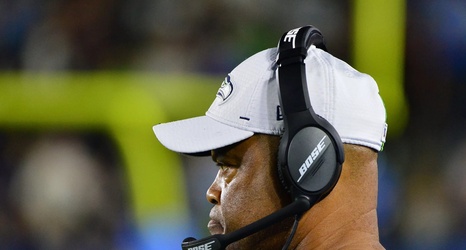 Ken Norton’s game plan gave us the worst of both worlds.

Alton Robinson played 7 snaps yesterday. Jonathan Bullard played 18. Poona Ford and Jarran Reed played 61 and 73 respectively. The Seahawks did not register a single quarterback hit. Not one, which has to be exceedingly uncommon. Norton played zone coverage, he didn’t blitz, and he played something akin to “Bear defense,” in which defensive linemen play opposite the center and both guards, a ton. It’s not the same, as you can see Reed and L.