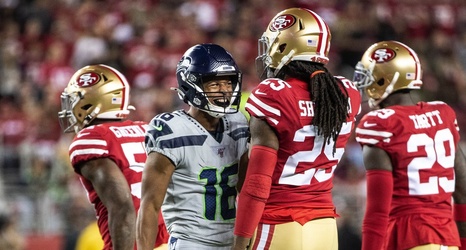 Tyler Lockett’s recovery from a leg contusion has gone well and the Seahawks receiver is expected back in Seattle on Wednesday after spending Monday and Tuesday nights at a Stanford University hospital, The Seattle Times has confirmed.

Lockett did not fly back with the team following Monday night’s 27-24 overtime win against the 49ers due to concerns about flying’s impact on swelling in his leg which could increase the risk of suffering compartment syndrome, described as when pressure within the muscles can lead to dangerous levels.

Lockett was expected to fly home via a private jet provided by Seahawks owner Jody Allen, as first reported by Adam Schefter of ESPN.