How Aaron Rodgers shredded the Seahawks defense on 3rd down 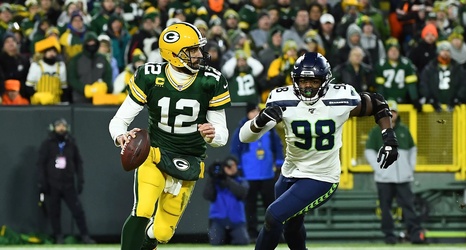 The Seattle Seahawks 2019 season came to a screeching halt Sunday against the Green Bay Packers, in part because Aaron Rodgers was able to dissect the Seattle defense and do whatever he wanted. In particular, on third down the Packers offense was able to deliver first downs that kept the ball with Green Bay while keeping Russell Wilson and the Seattle offense off the field.

For the game the Packers were nine of fourteen on third down, including six of nine on third and long. That ability to deliver in third and long situations played a significant role in the outcome of the game, as the Seahawks defense simply couldn’t get off the field, even when the Packers appeared to be in highly unfavorable situations.