Germain Ifedi and penalties in the Eastern Time Zone 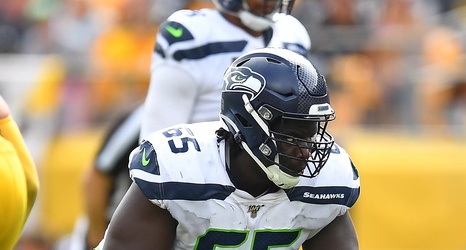 Seattle Seahawks right tackle Germain Ifedi is set to be an unrestricted free agent after the 2019 season. While some fans will be sad to see him go because he is still young and possesses upside, others have long grown weary of both waiting for improvement and his penalties. In the past I’ve looked at some of the patterns behind his penalties, including the fact that his holding penalties predominantly happen on a scramble or run to the right where he fails to disengage, while his false starts disproportionately happen when lined up across from a player taken early in the draft.