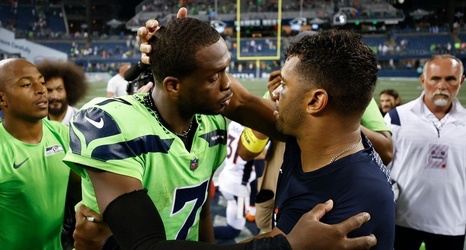 SEATTLE -- Several minutes after the final whistle of the Seattle Seahawks' season-opening victory Monday night, Geno Smith walked off the field with his arms raised to the sky and what remained of the home crowd chanting his name.

So much for Russell Wilson getting the hero's welcome in his return to Lumen Field six months after his trade to the Denver Broncos. It was Smith who got the loudest ovation and the upset victory over the quarterback he used to back up.