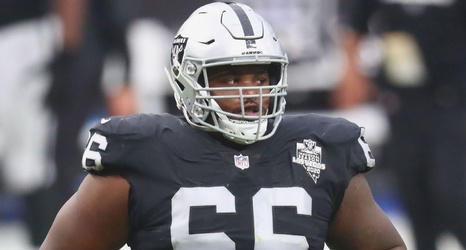 SEATTLE -- The Seahawks gave veteran guard Gabe Jackson a new three-year, $22.575 million contract after acquiring him in a trade with the Las Vegas Raiders earlier this month, sources tell ESPN.

Seattle essentially ripped up the two years that remained on Jackson's contract with the Raiders, which the Seahawks inherited when they acquired him for a fifth-round pick on March 17. He was previously due base salaries of $9.35 million and workout bonuses of $250,000 in each of the next two seasons before entering free agency in 2023.