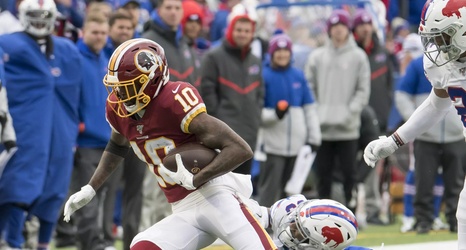 Washington is in rebuild mode (again) and as expected they’ve already begun the roster portion of the house cleaning.

Cornerback Josh Norman has been released, as well as a name familiar to Seattle Seahawks fans. Wide receiver Paul Richardson signed with Washington on a five-year, $40 million contract in the 2018 offseason, but he won’t even make it into the third year.

Richardson, a second-round draft pick by Seattle in the 2014 NFL Draft, ended his time with the Seahawks in the best form (and health) of his career. He caught 44 passes for 703 yards and six touchdowns in the 2017 season, building on his impressive end to the 2016 season that included this iconic catch in the playoffs against the Detroit Lions.