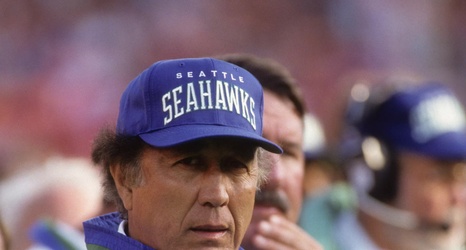 The Pro Football Hall of Fame’s Class of 2021 is already taking shape, and there’s a Seattle Seahawks connection.

On Tuesday it was announced that former Seahawks head coach Tom Flores and legendary Dallas Cowboys wide receiver have been nominated by the senior committee. Flores was the lone coach nominee, while Pearson was the lone player nominee, which makes induction into Canton a formality.

Flores was the NFL’s first Hispanic head coach and is best known for guiding the Oakland/Los Angeles Raiders to two Super Bowl wins. He also earned a ring as Oakland’s wide receivers coach in the 1970s, when John Madden was the head coach.