Five things to know about the Seahawks’ next opponent, the Los Angeles Rams 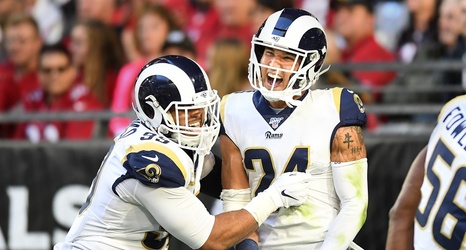 Desperate times, these are, for the Los Angeles Rams.

Coming off their worst loss of Sean McVay’s three seasons in L.A. — a 45-6 thumping by the Baltimore Ravens — the Rams (7-5) responded Sunday with a complete performance in a 34-7 victory at Arizona, a win they had to have to keep alive their slim playoff chances.

“Being able to show that we can respond and show that we do have the resiliency among us, it’s great,” Rams quarterback Jared Goff said, via ESPN. “We’ve had some rocky times in the past few weeks.