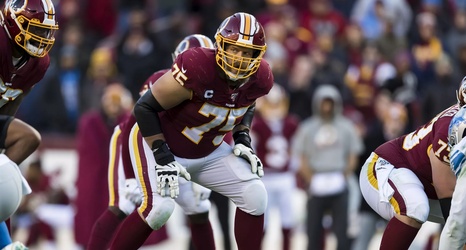 In our 2020 iteration of Finding Free Agents, we’ll attempt to answer three questions for each player: Why would the Seahawks be interested? What would their contract look like? What is the likelihood they reach free agency? Throughout the series, we’ll be focused on specific positions of need in Seattle: Wide receiver, tight end, offensive line and EDGE.

Since he was selected by Washington fifth overall in the 2015 NFL Draft—former Seahawks personnel man Scot McCloughan’s first draft pick in charge—Brandon Scherff has been a high-level talent on a middling team, joining his line mate Trent Williams as having that unfortunate distinction.