Damon Harrison says it's 'time to move on' from Seattle Seahawks 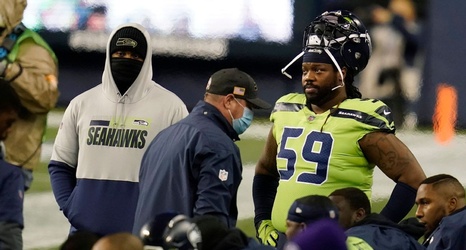 SEATTLE -- Veteran defensive tackle Damon "Snacks" Harrison tweeted Sunday that it's "time to move on" from the Seattle Seahawks.

NFL Network reported that Harrison asked for his release after learning he'd be inactive for Sunday's game against the Los Angeles Rams. The Seahawks plan to grant Harrison his release, the report stated.

A Twitter user replied to the NFL Network tweet and wrote "don't leave," tagging Harrison. He replied with his reasoning for wanting out.

"Didn't want to but it's time to," Harrison tweeted. "I came here to help and I've done that and now it's time to move on.