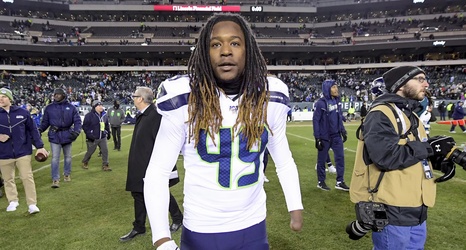 Seahawks Sign 14 Players to Practice Squad, Including LB Shaquem Griffin
Griffin and seventh-round pick Stephen Sullivan were among the players who cleared waivers and signed to the practice squad today.