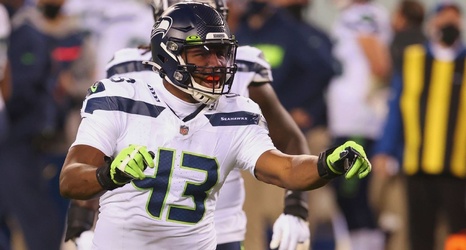 SEATTLE -- Before re-signing with the Seattle Seahawks last month, veteran defensive end Carlos Dunlap wanted to make sure that Russell Wilson would still be their quarterback.

Dunlap said he got that assurance from Wilson himself.

Speaking with reporters via videoconference for the first time since returning to Seattle on a two-year deal, Dunlap paraphrased his conversation with Wilson.

"I did ask him if, obviously, he was going to be with us, because if I'm coming back, I'm coming back because I see him as my quarterback, and the rest of the team, I want to pick up where we left off," Dunlap said Tuesday.