Baltimore Ravens suggest the NFL add a ‘Booth Umpire’ in 2021 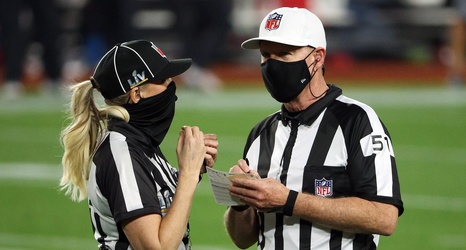 The Baltimore Ravens are proposing for the second consecutive year that the league consider adding an eighth official — a “Booth Umpire” — to NFL officiating crews, according to Mike Florio at NBC Sports. This is a similar proposition to one that was made last year by the Ravens and Chargers. The Booth Umpire would have access to all television camera angles and would be able to make or adjust certain calls in real time accordingly, and would report to the Referee, as do all other officials. The idea of adding a booth official gained traction in 2019, when all 32 owners asked the NFL to consider the addition.