All-22 analysis of the Seahawks’ second half offense vs. the Patriots 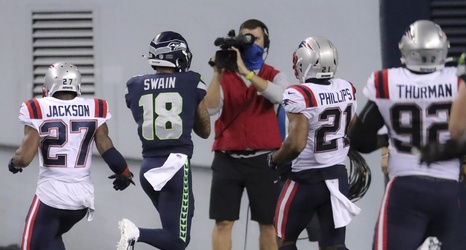 In the second to last drive against New England, the Seattle Seahawks offense was as confident and smart as I have ever seen it. In the last drive, they nearly choked the game away. Ain’t that something? Let’s flip the chronology and first look at the bad drive so we may end with something positive.

“Worship your intellect, being seen as smart—you will end up feeling stupid, a fraud, always on the verge of being found out.”

By extension, it seems like when people attempt to be smart, something humbling about human nature makes us do something stupid.