Alex Collins is doing his best to save the Seahawks’ season 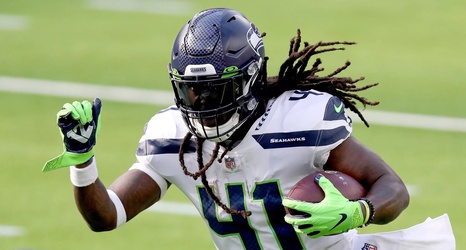 Alex Collins is basically the offensive version of Earl Thomas. That is to say, he has played only for the Seattle Seahawks and Baltimore Ravens.

Though the Seahawks did not win on Sunday, it was close for a couple of minutes there at the beginning and Collins did his very best to keep them in it.

It approaches comical that Collins was signed the Seattle’s practice squad on November 4th, less than two weeks ago. Come Sunday against one of the NFL’s better defenses, it was not young talents DeeJay Dallas or Travis Homer in as starter.