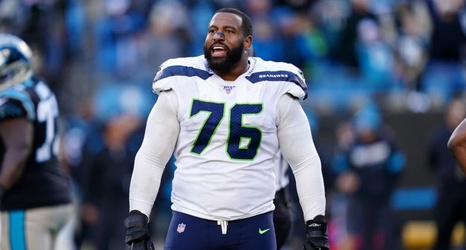 CHARLOTTE, NORTH CAROLINA - DECEMBER 15: Duane Brown #76 of the Seattle Seahawks during the second half during their game against the Carolina Panthers at Bank of America Stadium on December 15, 2019 in Charlotte, North Carolina. (Photo by Jacob Kupferman/Getty Images)

This team is still set up in a great way for the future, but some of its players may move on or call it quits after the 2021 season ends. On both sides of the ball, there are veterans who I see at very least a possibility that they don’t play for the Seahawks again after 2021 ends.