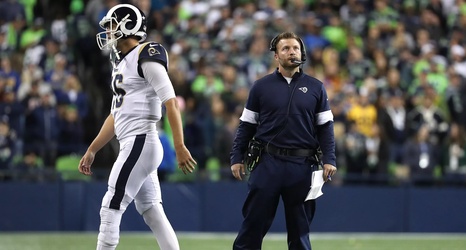 On December 17, 2017, the LA Rams and Seattle Seahawks met in Seattle for their second of two meetings that season. In the first meeting, the Seahawks won 16-10, scoring 16 unanswered after falling behind 10-0 and delivering the world a piece of Jared Goff’s future by holding him to no touchdowns and two interceptions.

In the 2017 sequel however, the Rams delivered Seattle a warm glass of shut the flip up.

In their worst loss since 2011, the Seahawks fell behind 40-0 and never looked forward. It was only one of the seven losses that season that kept Russell Wilson from currently having posted double-digit wins in all eight of his campaigns, but it was also the most devastating.