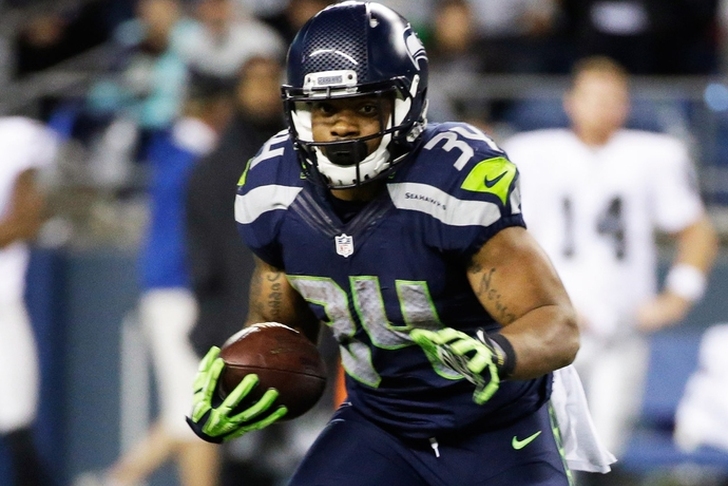 The Seahawks have announced that Rawls has broken his ankle and will be sidelined for the remainder of the 2015 season.

The Seattle Seahawks will be without rooking running back sensation Thomas Rawls for the remainder of Sunday's game with the Baltimore Ravens due to an ankle injury sustained in the first quarter.

Rawls suffered the injury on the game's first drive. He had already rushed six times for 44 yards to push Seattle to inside the Ravens' 10 before he was forced to the sideline.

An undrafted rookie, Rawls has rushed for 391 yards in the team's last three games. He's been a fantastic replacement for Marshawn Lynch, but now it's former Buffalo Bills standout Fred Jackson who will shoulder the load on Sunday.

More on Rawls' injury as additional information is made available.