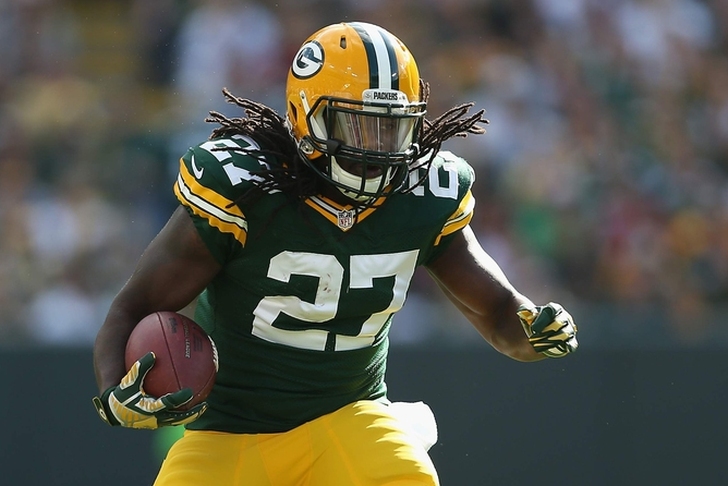 The 2017 NFL offseason is basically over, which means it's time to grade what the Seattle Seahawks did this year. Sure, a few more players might be traded, cut or signed, but it's likely the Seahawks are finished making moves. Below is the Seahawks' offseason grades, which feature both free agency and the NFL Draft.

As for the grading, teams don't get a "B" just for showing up. A "B" is a good offseason, while an "A" is a great offseason. A "C" is not bad in my eyes, it's simply average at best. It's tough to get a "D," since that basically means a team botched almost everything about the offseason. Obviously there is a lot of opinion here, so hit me up on Twitter if you disagree with the Seahawks' offseason grade.

The offseason for Seattle was supposed to be all about the offensive line. That wasn't quite the case, although Seattle did add two potential starters in Luke Joeckel and Oday Aboushi. But they aren't likely going to be the ideal answer for Seattle. Aboushi can start at guard or tackle, but he might be better suited to being the top backup. Joeckel might win the starting job at LT, a role he failed at in Jacksonville. Seattle already had these passable-type players on the roster. They could have really used a legit tackle, but didn't land one. The ridiculous tackle market didn't help them pull that off, but they still gave Joeckel $8 million. So while the biggest need wasn't filled, I did like the rest of the Seahawks moves.

I'm still pro-Eddie Lacy and if he can stay healthy and in shape, he could have a big year. Both Dion Jordan and Arthur Brown fall into the talented, but struggling, grouping the Seahawks like to take chances on. I like the pickup of Bradley McDougald, who will provide cheap, quality depth at safety. The Seahawks brought back both TE Luke Willson and CB DeShawn Shead on team-friendly deals. The only position the Seahawks have a true question mark at right now (outside of the O-Line), is the third linebacker spot. Michael Morgan is still unsigned and the Seahawks might not want to start someone like Cassius Marsh or at the spot.

The top need for the Seahawks was the offensive line, so naturally they took jut two players while adding two defensive linemen and three safeties. It was a weird draft, once again, for Seattle.

McDowell's effort issues scare me, but he could be a great 4-3 3-technique for Seattle. That was a need for them, although maybe not the best fit at the time. The Seahawks could have had any of the top offensive linemen not named Garett Bolles with their first rounder. Instead, they move down repeatedly and took McDowell. I'm not a big fan of that move. They finally took a lineman in LSU's Ethan Pocic. He was a center at LSU, but he has to play elsewhere for Seattle. He's too tall and Justin Britt is the only top-tier OL on the roster, so hopefully Pocic starts at either guard or tackle. Griffin was a slight reach, but he fits in Seattle. Delano Hill, Mike Tyson, David Moore and Chris Carson were bad picks (less so for Carson, because it is round seven). They all could have gone undrafted and no one would have been that surprised. I do like getting Darboh, Jones and Thompson though. All three should make the roster and make an impact at some point. I wish Seattle had added another OT than just Justin Senior.

Complete Offseason Grade: C+
Seattle didn't have a bad offseason. I liked several of their signings (Eddie Lacy, Bradley McDougald and more) and I liked a few of their draft picks (Ethan Pocic, Nazair Jones and more). They didn't have many needs entering the offseason and they took care of most of the top ones - namely a disruptive 3-technique and corner help. But the biggest need, by far, was on the offensive line. The Seahawks had the NFL's most complete roster outside of the offensive line and they've once again failed to properly upgrade it. I also would have liked a veteran backup QB, but Seattle can still get someone. The Seahawks are still a Super Bowl threat, but bad offensive line play could again ruin their hopes.

Follow our Seattle Seahawks team page for all the latest Seahawks news or download the Chat Sports App!