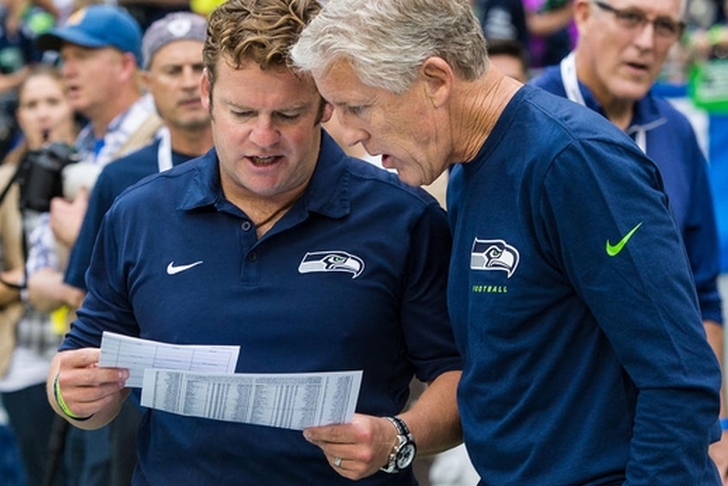 The Seattle Seahawks have been fielding trade offers for All-Pro cornerback Richard Sherman for the past few weeks, though any deal actually getting done seems unlikely. General manager John Schneider re-iterated that in an appearance on ESPN 710 Seattle, but said that both the team and Sherman are serious about a possible trade.

“What you’ve seen lately in the news is real,” Schneider told the Brock and Salk Show. “That’s on both sides.’

“I think we’re a very unique organization in that regard. We have a great relationship with a lot of our players. There’s very much an openness. What you’ve seen lately in the news is real. That’s on both sides. It’s just open communication. He knows what’s going on. We know what’s going on. I don’t know if anything would ever happen. But like I tell people all the time, 98 percent of the deals that we’re involved with, we don’t follow through with. But at least we’ve opened that door, gone down the road and seen what’s behind door A or door B.”

Schneider also said that Sherman knew Seattle was fielding offers for him before the rumors became public, saying there is an "open line of communication" between the staff and players.

“Absolutely,” he said. “This isn’t a secret like this just came out of nowhere. People find things out and we’re not going to lie to each other and we’re not going to BS each other. It’s going to be all laid out, and like I said, that doesn’t happen everywhere. We have open lines of communication between our coaching staff and our player personnel staff. It goes through player development, it goes through our sports science group. There’s a lot going on there.”

Talks about a possible Sherman trade started at the NFL Combine, when Schneider was in direct contact with officials from other teams. In that aspect, he likened their use of the combine in that way to baseball's Winter Meetings.

Sherman, who turned 29 last week, had 58 tackles with four interceptions and 13 pass breakups last season. He has spent his entire six-year NFL career with the Seahawks.