Game-By-Game Prediction Of The Seattle Seahawks' Record For 2018 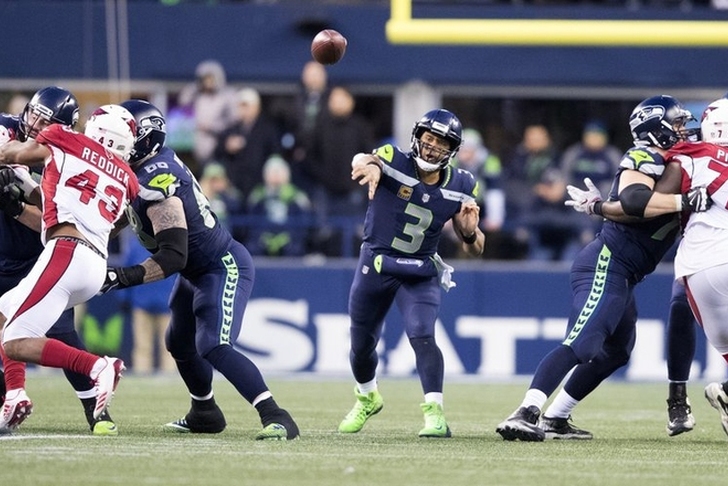 The Seattle Seahawks missed out on the playoffs last year and, following an offseason of transition that saw franchise players Richard Sherman, Michael Bennett, and Jimmy Graham leave the team, a return to the postseason does not seem likely. Here's a game-by-game prediction of the Seahawks' schedule this year:

A lot of people like the Bears to be a breakout team this year but they still have a less-than-stellar defense and are probably a year away from really competing. The Seahawks will win this game at home thanks to a great performance from Russell Wilson.

The Cowboys could have very well been in the postseason if Ezekiel Elliott didn't have to miss six games due to suspension, and with him back, Dallas is thought to be Philadelphia's biggest threat in the NFC East. However, do you trust Dak Prescott in Seattle? I don't.

The Cardinals will be one of the worst teams in the league as they undergo a rebuild. Their offense doesn't have a great go-to option (Larry Fitzgerald isn't that anymore) and their defense isn't as great as it once was.

The Rams had the league's best offense in 2017 and should be just as good in their second year under head coach Sean McVay. Todd Gurley is one of the best players in the NFL and LA's high-flying passing attack should test a revamped Seahawks defense.

I expect the Raiders to compete for a playoff spot with a major bounce-back year. This may be an ugly game in London but the Raiders have a major talent advantage.

Seattle should pick up their first win after the bye against a vulnerable Lions team with plenty of question marks on defense. Expect Wilson to have a big game in this one.

Two teams with great quarterbacks and question marks on defense. However, I'd give the edge to Seattle because they're at home.

See above: the Rams are going to be GOOD.

As good as Aaron Rodgers is, home teams usually win these Thursday night games. Because of that, the Seahawks get the edge in a close game.

The Seahawks have struggled on the road in recent years and Carolina has the pass rushers to get after Wilson along with the offensive weapons to test the defense. A cross-country trip for a 1:00 pm ET start means a Carolina win.

The Seahawks no longer have the firepower in what will be a rebuilding year to compete with a team that has the upside of San Francisco. If they struggle to get pressure on Garoppolo, he will tear them apart.

It's no fluke that the Vikings were one of the best teams in the NFL last season. They have quality receivers, a good quarterback in Kirk Cousins, a dynamic rushing attack (remember, Dalvin Cook will be back and healthy) and an absolutely dominant defense. They're an all-around team that will expose any and all weaknesses the 49ers have.

Again, Seattle's rebuilding effort will mean another loss to a division rival.

Kansas City has won the AFC West two years in a row and is the favorites to win it again in 2018. Even though the Chiefs have questions at quarterback with Patrick Mahomes, they have a multitude of weapons on offense and still have a top defense.

While the Seahawks are rebuilding, so is Arizona - and the Cardinals are worse.