Game-By-Game Prediction Of The Seattle Seahawks' Record For 2017 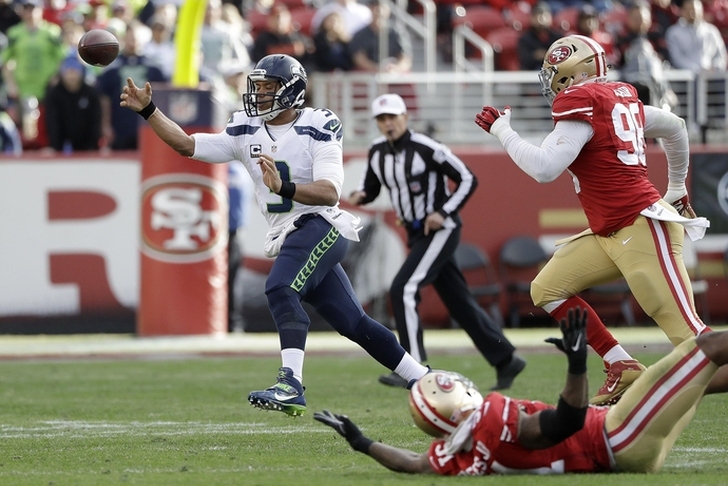 The Seattle Seahawks made the playoffs last season, but came up short in their Super Bowl bid - but they are determined to get back to the playoffs and finish what they started last year. We got our first look at Seattle's road to the playoffs when their schedule was released a few weeks ago. The Seahawks are the clear favorite in the NFC West, and many are expecting another playoff berth. Here's a game-by-game prediction of the Seahawks' schedule this year:

These two teams have engaged in several tough contests over the past few years, and this will be another great game. However, I don't see the Packers losing their season opener at Lambeau.

San Francisco is in full rebuild mode and are about two years away from being respectable. This will be an easy win for the Seahawks.

This may be a bit of a surprise, but given the way Seattle has struggled on the road - and Tennessee's vastly improved play - I think the Titans get a signature win early in the season.

Andrew Luck is very good. The rest of the Colts are very bad.

New York's home game against Seattle is a toss up talent-wise, but the Seahawks really struggled on the road last season.

The Texans are a talented team, but with major questions at the quarterback position, the Seahawks should win pretty comfortably.

Washington is the definition of a mediocre team in the NFL. They have some good pieces, but also still have major holes. Seattle simply has much more talent.

Arizona is firmly a team on the decline without the firepower to really keep up. Their defense is fine, but Carson Palmer has been known to throw a lot of interceptions.

This is a tough game against the reigning NFC champs. Last year's game in Seattle resulted in a controversial win for the Seahawks, but I don't think they'll be as lucky this time. With an improved defense from Atlanta, the Falcons will steal this one.

Again, the 49ers are no where near being ready or able to compete with the Seahawks.

Jacksonville will be better, but that means them approaching mediocre status. They still are well behind Seattle in terms of overall talent.

See above: the Rams don't have the offense to keep pace with Russell Wilson & Co.

Seattle's road struggles may continue in 2017 - especially against a quality team like the Cowboys, who may win even if this game was in Seattle. Dallas will win a close game.

Seattle will have likely locked up the division by this point, and this game will likely be for playoff positioning. That will give the Seahawks some added motivation that the Cardinals won't have.