Sights and sounds from the first day of Mariners workouts at spring training in Peoria, Arizona 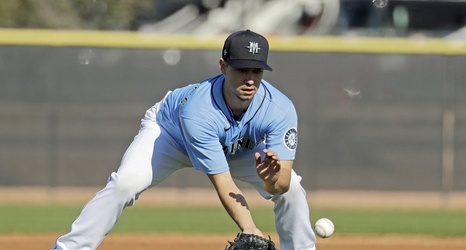 Wednesday was the day pitchers and catchers reported to Mariners spring training in Peoria, Arizona, but it was a largely mundane day — players took physicals but did little else.

Thursday, by contrast, was way more exciting. Pitchers and catchers worked out in an official capacity for the first time this year. Here’s a bit of what we saw, courtesy of Seattle Times reporter Ryan Divish, who’s in Peoria, the Mariners and The Associated Press: