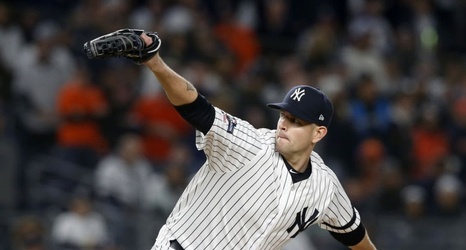 James Paxton of the New York Yankees in action in game five of the American League Championship Series. (Photo by Jim McIsaac/Getty Images)

After being traded to the Yankees from the Mariners, James Paxton’s career in New York looks to be over. So, should Seattle consider bringing the fan-favorite lefty back?

On November 19th, 2018 the Mariners traded their ace James Paxton to the New York Yankees for Justus Sheffield, Dom Thompson-Williams, and Erik Swanson. It was a move that signaled the beginning of the end for the core group of Paxton, Robinson Cano, Nelson Cruz, Felix Hernandez, and Jean Segura.