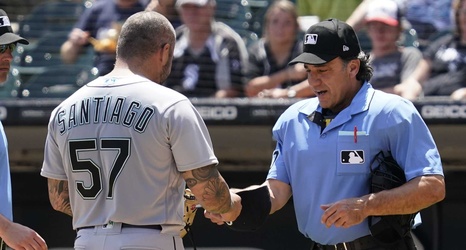 McHale heard the appeal on July 8 in Seattle.

Santiago is in his 10th major league season, his first with the Mariners.