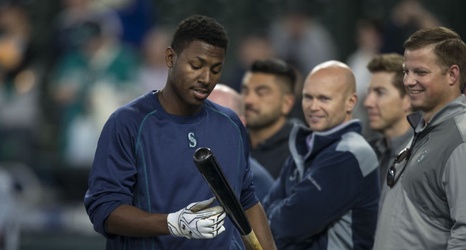 SEATTLE, WA - JUNE 11: Seattle Mariners 2016 first round draft pick Kyle Lewis walks past scouts during batting practice before a game between the Texas Rangers and the Seattle Mariners at Safeco Field on June 11, 2016 in Seattle, Washington. The Rangers won the game 2-1 in eleven innings. (Photo by Stephen Brashear/Getty Images)

MLB.com has produced its list of top 100 draft prospects for 2021 and the Seattle Mariners pick 12th. The MLB list is full of the kind of players you would expect: Pitchers, corner infielders, outfielders, and the occasional middle infielder and catcher.