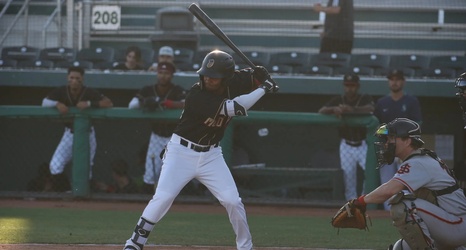 It’s been a busy week on the farm and looks to get busier as players drafted last week start signing their professional contracts and being assigned to levels. That’s good news for Modesto, who has now lost another top producer in OF Victor Labrada to High-A Everett. Labrada, signed out of Cuba, is a skosh older for a Low-A prospect at 21 and much more advanced having played professionally in Cuba for years, so his promotion was only a matter of time. A smaller-built fellow at just 5’9,” he won’t hit for power, but he can hit for average and then use his elite speed to take extra bases or swipe bags.