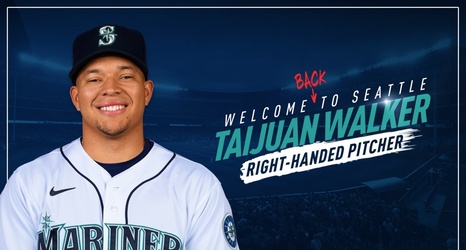 “We’re excited to bring Taijuan back to Seattle,” Dipoto said. “We believe our opportunity and his skill set are a great match and know that, if healthy, he can be a impact Major League starter for us.