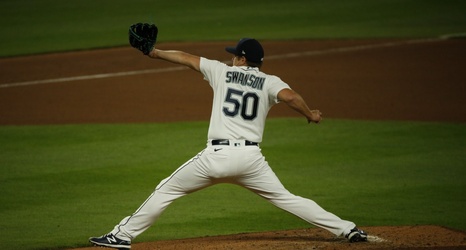 Swanson placed on the IL with a right forearm strain, retroactive to August 17