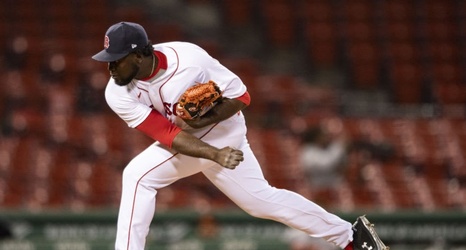 Domingo Tapia of the Boston Red Sox delivers during a game against the Baltimore Orioles at Fenway Park. (Photo by Billie Weiss/Boston Red Sox/Getty Images)

The Seattle Mariners have claimed hard-throwing right-handed reliever, Domingo Tapia, off of waivers from the Boston Red Sox.

The Mariners have claimed 29-year-old rookie reliever Domingo Tapia off of waivers after he was removed from the Red Sox 40 man roster. The move puts the Mariners 40 man roster at 34 meaning that they can sign, activate, or draft in the Rule 5 draft, 6 more players to be eligible for the major league roster.