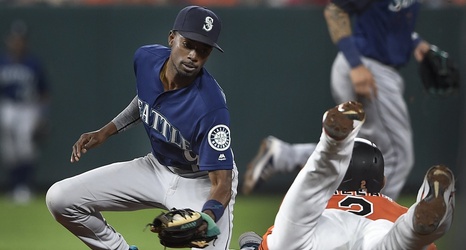 BALTIMORE — Tim Lopes beat out an infield ground ball and speedster Mallex Smith scored from second base to lead the Mariners to a 7-6 victory over the Baltimore Orioles in 13 innings on Saturday.

Mallex reached on an error with two out, stole second, and raced home after Lopes narrowly beat the throw to first for the single. Orioles first baseman Trey Mancini threw home but was unable to catch Mallex.

Erik Swanson pitched the 13th to preserve the win for Dan Altavilla (2-1).

J.P. Crawford drilled a three-run homer in the eighth inning to give the Mariners a 6-4 lead but the Orioles’ Austin Hays returned the favor with a two-run shot off Sam Tuivailala in the bottom of the frame to knot the score.