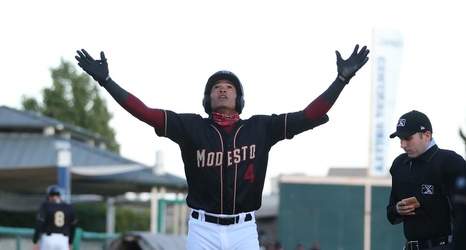 With just about a month left of the minor-league season, we’re checking in with all the various Mariners minor-league affiliates to see who is where and how they’re doing. This series started off with the Arkansas Travelers, at one time the least prospect-laden affiliate in the system and now the most. Arkansas has moved back into a tie with the Tulsa Drillers (LAD) for second place in the division, but head into a tough series with the division leaders this week while Tulsa gets a chance to beat up on the weakest team in the league. From there we moved over to the affiliates’ best chance at a playoff team, the Everett AquaSox.