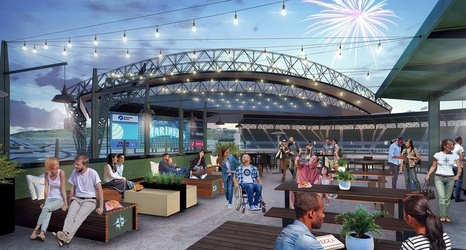 With the Mariners’ 2019 season mercifully coming to an end on Sunday, the activity at T-Mobile Park will actually increase after the final out is made in Game No. 162.

As part of their renewed 25-year lease with the Washington State Major League Baseball Stadium Public Facilities District (PFD), the Mariners have committed to spending over $280 million in improvements over a 10-year period. As part of the agreement, the PFD will receive $135 million in taxpayer funds that will go to the stadium. Because of some acrimony about the use of public money, it’s not surprising the Mariners are showing where they are spending that money.